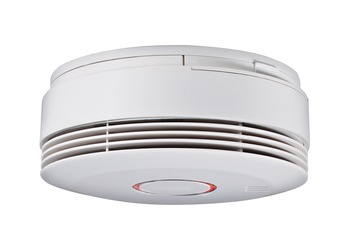 24-month battery life
Fitted with the correct batteries, (3 AA alkaline batteries) the wireless smoke alarm device will last for approx. 24 months. The lifetime varies according to how regularly the detector function is tested. Weekly testing is recommended. The detector beeps regularly to indicate that the battery life is coming to an end.

With an extensive range of wireless detectors for our Secvest home alarm system, we offer the right product for every requirements. We provide all-round security for your home with our detectors and give yourself the good feeling of security. ...
Other interesting products from the category Other wireless detectors